Are you ready to sing to Raphael's anthem "Escandalo?" How about his signature songs "Yo soy aquel," "Mi gran noche," "Digan lo que digan," or Tema de Amor?" If mentioning all these tracks excites you already, then you should grab a ticket for the Spanish singer's show at the DAR Constitution Hall on November 11. You are in for an electrifying performance from the international singing sensation when you attend this concert. After all, the multi-Grammy award-winning singer is known for his highly energetic and passionate performances that will leave each and every spectator thrilled and excited. Grab your tickets for Raphael's 60th-anniversary tour and prepare to immerse yourself in a night that showcases the Latin superstar's wide vocal range and engaging theatrics on stage. Hit the "Get Tickets" link now! 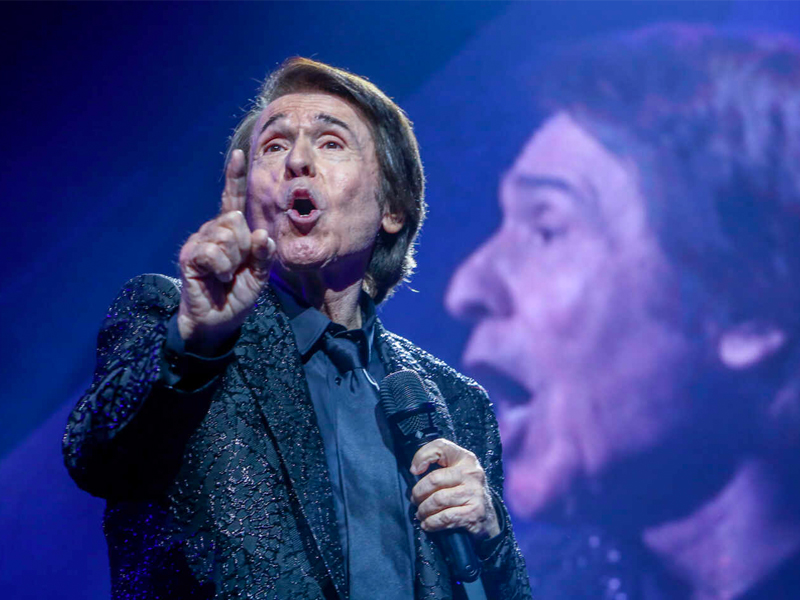 Known for his unmatched showmanship on stage, Raphael is undoubtedly one of the most prominent Latin artists on the globe today. Miguel Rafael Martos Sánchez in real life, Raphael has been trailblazing the Latin pop music industry for six decades now. He has gained his first mainstream popularity when he won the Benidorm Festival in 1962. A few years later, he had the opportunity to represent Spain twice in the Eurovision Song Contest. Although he did not win in 1966 and 1967 when he competed, his international exposure catapulted his career to greater heights. The competition ignited his subsequent popularity in the Latin Americas. As he became an established personality internationally, he started to dabble in music styles of the countries where he was very popular in. One of these is recording many Latin folk songs such as "Huapango torero" and "Llorona." After years of success, he started his own Spanish TV show in 1975 called "El Mundo de Raphael."

The legendary singer's massive discography enabled him to the highly-coveted, almost impossible to achieve, Uranium Disk. The award is given to records that reached 50 million copies in sales. In addition, he boasts a history of 300 gold records and 50 platinum records from Spain and many Latin countries. Because of his significant contribution to Spanish music, a museum of his work was inaugurated in his hometown in March 2011.

This year, the multi-Grammy award-winning music icon celebrates his 60 years in the industry. He will be hitting the road for a tour dubbed "Raphael 6.0." The 79-year-old singer will be performing at the famous DAR Constitution Hall on November 11, 2022. Grab your tickets for the show here by clicking the "Get Tickets" button.