The McElroys are taking their much-loved comedy, adventure, and fantasy roleplaying podcast, The Adventure Zone, to the live stage at DAR Constitution Hall on Sunday, November 13th of 2022. The podcast is loosely based on Dungeons & Dragons and other role-playing games. The show is hosted by the brothers Justin, Travis, and Griffin McElroy, joined by their dad Clint McElroy. Together, they solve puzzles, fight enemies, and level up in a show where they all together have fun. Catch your favorite podcast come to life and meet the McElroys themselves, live on stage by booking your tickets now! 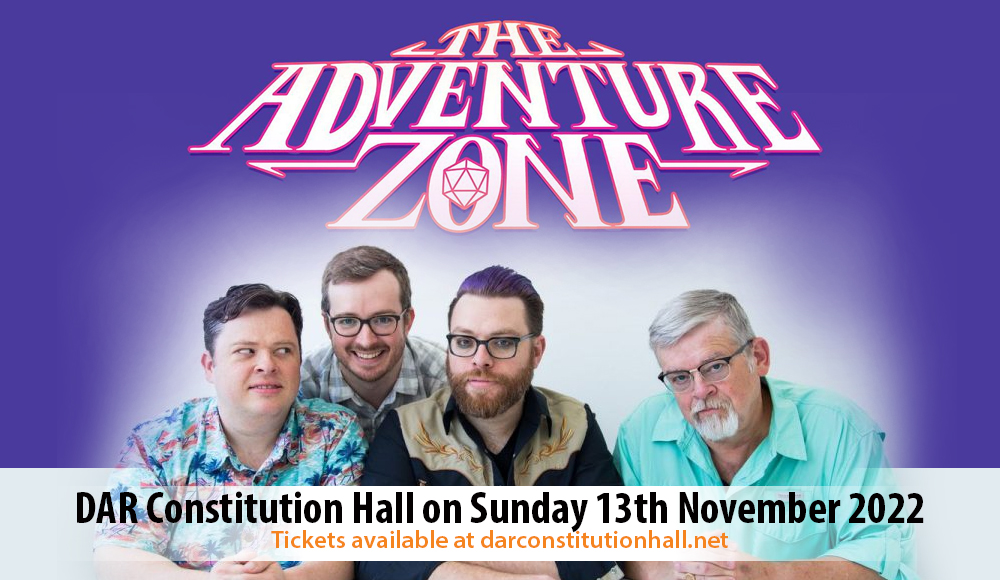 The McElroy brothers are widely known for their flagship advice podcast "My Brother, My Brother, and Me" which began in 2010. In 2012, the brothers answered a query about a Dungeons & Dragons game which brother Justin referred to as "The Adventure Zone". The brothers Justin, Travis, and Griffin started playing the game with their dad in 2014. These sessions were released as an experimental My Brother, My Brother, and Me episode named "The Adventure Zone". Towards the end of the year, the segment became its own podcast on the Maximum Fun network. Since then, The Adventure Zone, with their father Clint, has amassed a loyal following, along with acclaimed graphic novel adaptations.

The McElroy brothers and their dad have dropped four seasons of the podcast, winning the loyalty of fans for their interactive actual play experiences and oddball humor that keeps them entertained. The family has gone on sold-out live show tours where they take the podcast to the stage and share a special moment together with their very own fans.

They have released four Graphic novels which adapt various quests they've all done together. The series has been recognized as New York Times Bestsellers. Their fifth novel "The Eleventh Hour" is due to be released by February 2023.

Don't miss out on your favorite podcast led by the amazing McElroys come to life on stage at DAR Constitution Hall on November 13th by booking your tickets now!