Get ready for an incredible night of R&B music at the DAR Constitution Hall this fall! On Friday, 18th November 2022, Johnny Gill and Marsha Ambrosius are set to deliver electrifying performances to celebrate the 50th Anniversary of WHUR 96.3! Johnny Gill, a Grammy-nominated R&B sensation and member of the iconic group New Edition, will perform his biggest hits and fan favorites! Meanwhile, Marsha Ambrosius will show the audience why she’s the U.K.’s top R&B songstress! This celebration is guaranteed to be a night of great music, drinks, and kindred spirits! So grab your tickets to this incredible celebration at the DAR Constitution Hall! 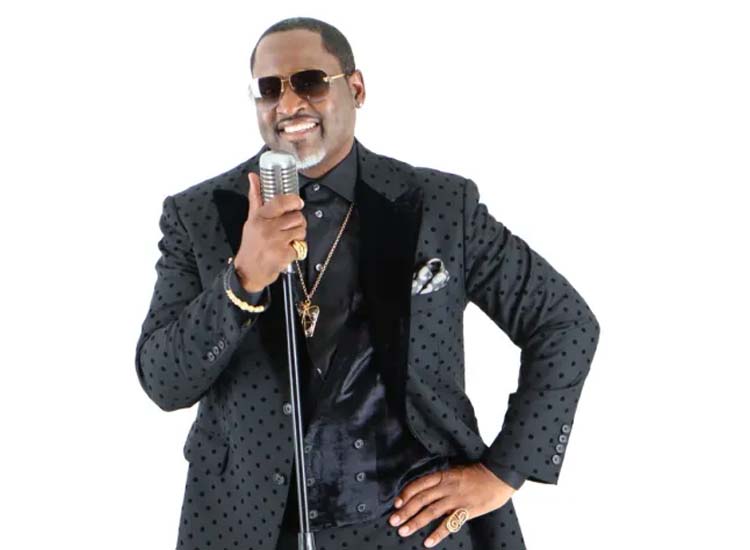 R&B singer-songwriter Johnny Gill first made waves as the final member of the iconic vocal group New Edition. He emerged as a performer in 1982 when his demo was discovered by then Atlantic Records president. Gill signed with the label and released his self-titled debut album that year. Five years after his debut, Gil embarked on a new musical journey and joined New Edition. He was brought in after Bobby Brown’s departure and replaced Ralph Tresvant. Together with his group, Gil released several hit songs, including "If It Isn't Love," "Can You Stand The Rain," "N.E. Heartbreak," and "Boys To Men." In 1989, “If It Isn’t Love” was nominated at the Grammy Awards for Best R&B Performance by a Duo or Group with Vocals. The following year, Gill pursued a solo career and released several hits, "Rub You the Right Way," "My, My, My," "Fairweather Friend," and "Wrap My Body Tight.”

British singer-songwriter Marsha Ambrosius emerged in 1997 in Liverpool, England. In 2011, she dropped her debut album, Late Nights & Early Mornings, which topped the U.K. R&B charts and peaked at number 2 on the Billboard 200 chart. The album spawned two hit singles, “Hope She Cheats On You (with a Basketball Player)” and “Far Away,” which topped the Adult R&B chart. In 2014, Ambrosius released the first single, “Run,” from her sophomore effort, Friends & Lovers. The song peaked at number 13 on the U.S. Adult R&B chart and number 44 on Billboard’s Hot R&B Songs. This 2022, Ambrosius drops her fourth studio effort, Cascablonco.

See the incredible R&B performers, Johnny Gill and Marsha Ambrosius, light up the DAR Constitution Hall, and celebrate the 50th anniversary of WHUR 96.3!