This summer, Washington D.C.’s premier venue, the DAR Constitution Hall, brings a series of groundbreaking events. The state-of-the-art concert hall promises nothing but top-tier entertainment specially curated for arts and music enthusiasts. On Friday, 26th August 2022, the DAR Constitution Hall welcomes a world-class talent to the stage, Kadim Al Sahir! The legendary singer and composer have prepared a repertoire of Middle Eastern ballads and classical Arabic numbers backed by a full orchestra! The show is part of Kadim Al Sahir’s brief U.S. tour performing in select major cities. If you love classical Arabic music, this is your chance to experience the best the genre has to offer! So grab your tickets now and watch Kadim Al Sahir perform live at the DAR Constitution Hall! 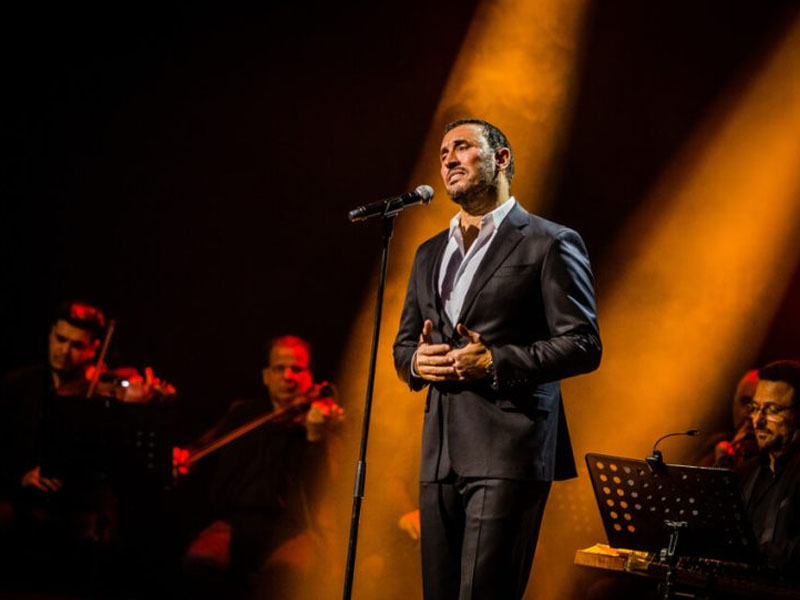 Kadim Al Sahir is an Iraqi-born singer, songwriter, and composer. His career spans more than four decades, and he has established himself as one of the Middle East’s most unprecedented performers. Al Sahir sings in Arabic, and his orchestra often uses traditional Arabic instruments, including percussion, oud, qanun, and nay complemented by violin, cello, and bass. Al Sahir’s career began when he moved to Lebanon in 1996 and partnered with a Syrian poet named Nizar Qabbani. Al Sahir’s music often contains lyrics about love for his home country, Iraq, often highlighting feelings regarding the tragedies. Al Sahir extensively toured the region and continued to release full studio albums. Soon, he became a household name in music in the Middle East, having dropped 23 studio albums, the latest being Kitab Al Hob (The Book of Love), released in 2016. By 1998, Al Sahir garnered a stellar international reputation. He also received a UNICEF Award for his song “Tathakkar.” He performed the award-winning track to the United Nations and the U.S. Congress, one of the first cultural exchanges after the Gulf War. After a year, Al Sahir was selected to record a tribute to the Pope with the accompaniment of the Italian Symphony Orchestra. Al Sahir has already released several collaborations with Western artists, including Sarah Brightman and Lenny Kravitz.

Tickets are now available for those who want to witness Kadim Al Sahir light up the DAR Constitution Hall with a full symphony! If you love classical, opera, and world music, this is your chance to see the esteemed Kadim Al Sahir perform live on stage!