Are you ready for one incredible evening filled with power ballads and world-class performances from two of Asia’s most prominent singers? Head to DAR Constitution Hall this Sunday, June 12th, and be impressed by the power vocals of the Philippine Concert King Martin Nievera and Asia’s Nightingale Lani Misalucha. Don’t let their funny banter during the show fool you because when the two start to open their mouths and start singing, you will definitely feel goosebumps in your body. Let the voices of these two Filipino gems take you back to the power ballads of the 90s and be completely blown away by their immense talent. Get your tickets by clicking the “Get Tickets” button. 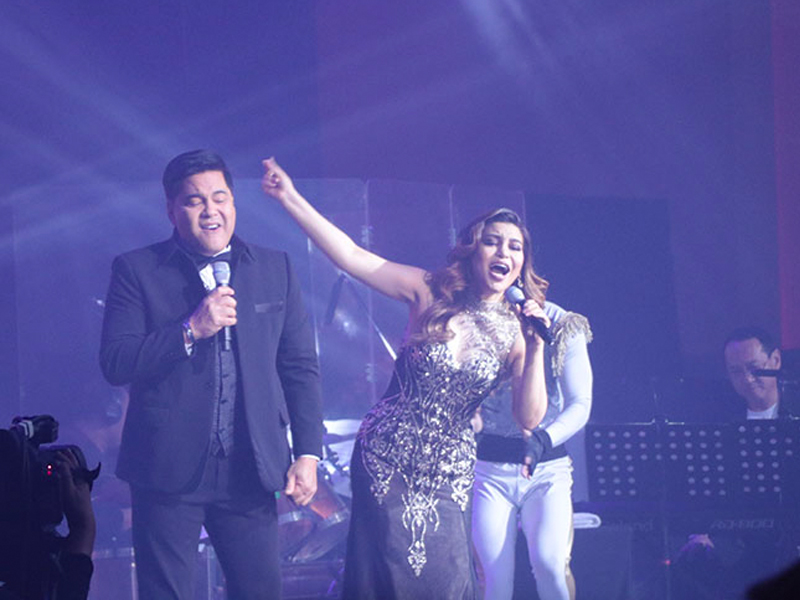 Martin Nievera and Lani Misalucha are two of the biggest stars in the Philippines. Both of them have thrived not only in the world of music but also in television and movies. They are both hosts and TV personalities who constantly appear as judges or coaches in national singing competitions. They are also part of one of the longest-running variety entertainment shows in Asia.

Martin Nievera is a Filipino-American singer and television host whose showbiz career has already spanned more than four decades. He has garnered 18 platinum, five double platinum, three triple platinum, and one quadruple platinum albums. Dubbed the Philippines' "Concert King," he is a household name in the Philippines and the Filipino Communities in the United States and other parts of the world.

He is prolific in both his singing career and film. He has produced 28 studio albums since 1983 and was able to star in various movies. Indeed, he is an ultimate star.

Lani Misalucha, on the other hand, is dubbed as "Asia's Nightingale." With her ability to sing any genre, she remains one of the sought-after singers in the Philippines and entire Asia. She can sing songs in pop, rock, jazz, soul, rhythm and blues, and operatic arias.

After a successful career in the Philippines, Lani went to perform in the US. Since arriving in Las Vegas in 2002, Misalucha has been called the "New Siren of the Strip." During her stint in Las Vegas, she performed with the Society of Seven at Bally's Las Vegas and the Flamingo Las Vegas, making her the first Asian to headline in a main showroom on the Las Vegas Strip. She also performed alongside Earl Turner at the Westgate Las Vegas Resort & Casino. In March 2008, she was voted the "Best Singer" in the "27th Annual Best of Las Vegas" poll by the Las Vegas Review-Journal. In 2009, Las Vegas Mayor Oscar Goodman proclaimed December 4 as "Lani Misalucha Day" in the city. In 2014, Misalucha returned to the Philippines and signed a recording contract with Star Records, releasing "The Nightingale Returns" album. And now, she is back in the US for another series of shows that will blow people's minds once again.

Together with Martin Nievera, Lani Misalucha will perform at the DAR Constitution Hall in Washington, DC. If you are looking for a concert that will satisfy your want for power ballads, superior singing, and incredible musicality, this is the concert that will totally blow your socks off! Grab your tickets now!