Global bachata idol, Prince Royce, returns center stage this fall with a string of shows that will celebrate his decade-long career in the music industry. Dubbed the "Classic Tour," the series of concerts will take Prince Royce in 11 venues across the country, serenading his fans with the greatest hit songs from his most-celebrated albums like "Soy el Mismo," "Double Vision," and "Alter Ego." Join this Bachata royalty this Sunday, October 2nd, at the DAR Constitution Hall in one magical night of great music that will make you feel the warmth of the Caribbean waters that birthed his Bachata music. Grab your tickets now and be enthralled by his sweet voice and crooning style. See you at the venue! 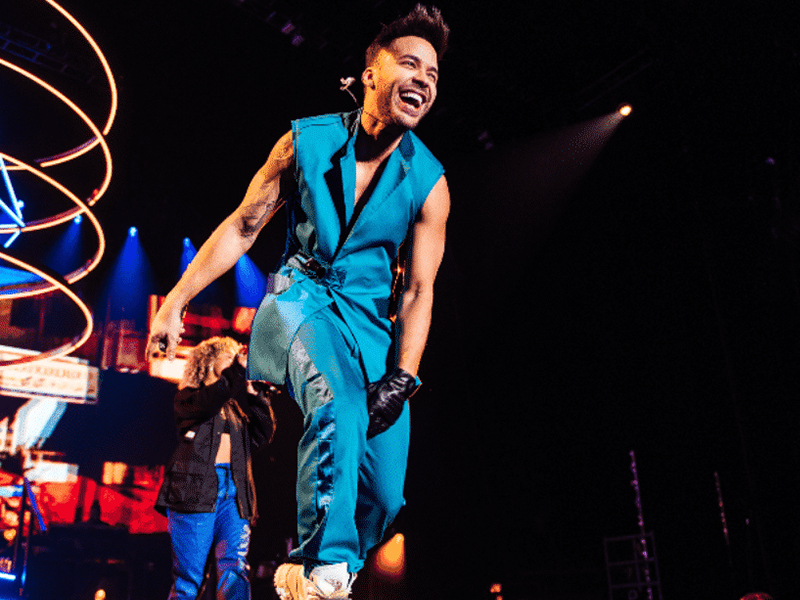 Debuting in 2010 with his sweet and crooning style of bachata music, Prince Royce instantly made waves early in the decade. The way the New York-native singer put a bracing urban take on the genre made him garner a loyal following that has grown massively over the years. He broke into the Latin pop mainstream with a self-titled titled album that delivered two of his first hits: "Corazón Sin Cara" and a bachata cover of Ben E. King's "Stand by Me."

He further found success in the following years with his succeeding albums, especially with 2013's "Soy el Mismo," which spent a whopping 129 weeks on the chart. His 2017 album "Five" also enjoyed 57 weeks of being on the charts. In 2020, he released another album containing the massive hit "Sensualidad," collaborating with Bad Bunny and J Balvin. The album also did well as it topped the Latin and Tropical and streaming albums charts, netting a total of ten charting singles and a clutch of videos that garnered tens of millions of views.

Besides having several albums to his name, Royce has also won 67 awards out of 156 nominations which undoubtedly makes him one of America's most successful and talented artists. He has also made a few appearances in TV shows such as East Los High, an American TV series for teens that aired on the Hulu Network.

This year Prince Royce is back on the concert stage for his upcoming 11-date greatest hits trek dubbed the "Classic Tour." The bachata star will stop at DAR Constitution Hall this October 2 to serenade his Washington, DC fans with the songs that made him a household name in the Latin music scene. In addition, this concert is also a celebration of Royce's decade-long longevity and success in the industry.

"I am thrilled to be able to share the Classic Tour with all of my fans who have been there for me unconditionally since the very beginning of my career," the New York-native singer said in a statement. "I am still here thanks to you all and this tour is for you. I'm filled with gratefulness."

Catch the prince of bachata this fall by securing your tickets as early as today! Click on the "Get Tickets" button to place your ticket orders.